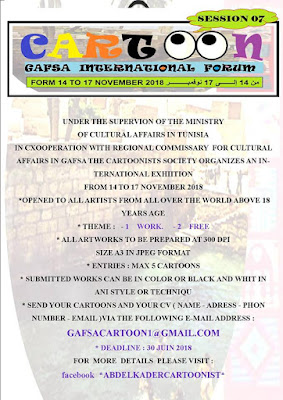 Under the supervion of the ministry of Cultural affair in Tunisia in cxooperation with regional commissary for cultural affairs in Gafsa the Cartoonists society organizes an international exhibition.from 14 to 17 November 2018 "opened to all artists from all over the World above 18 years age
Theme:
1- Work
2- Free
All artworks to be prepared at 300 dpi size A3 in jpeg format
Entries: max 5 cartoons
Submitted works can be in coılor or black and white in ani style or techniqu
Send your cartoons and your CV (Name, Address, Phon Number, Email) via the following E-mail address:
gafsacartoon1@gmail.com
Deadline: June 30, 2018
For more details please visit: Abdelkader Cartoonist Facebook >
Turkish Version > 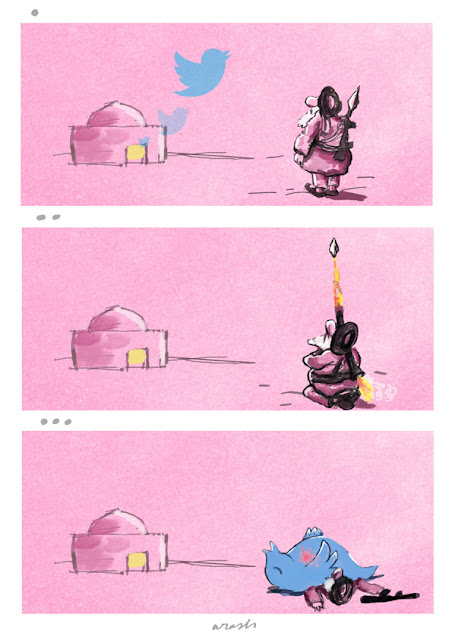 The Theme: "Pulling the Plug on Social Media."
300 cartoons from 31 countries. 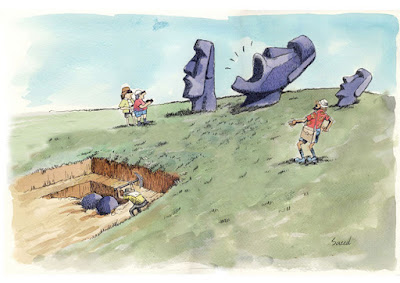 The winners and a selection of the Gouden Hoed can also be seen later this year during the 57th International Cartoon Festival, which takes place from 30 June to 2 September 2018.
Theme: "Free" 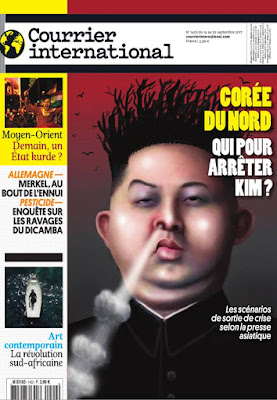 North Korea is a "single ally" with the experimentation of Intercontinental Ballistic Missile (ICBM), causing tension between China and "open enemy" USA.
North Korea Leader Kim JONG-UN is the youngest son of Kim Jong-il, National Leader of North Korea.
The official date of birth is January 8, 1982, but the actual date is not known precisely because the calendar years vary from country to country. (Some sources refer to this date as 1983 and 1984).
After Kim Jong-il's death on December 17, 2011, North Korea's National Leadership
was brought to duty.

North Korean state television announced the future of Kim Jong-UN, his 20-year-old son, instead of Kim Jong-IL, who died, to the public with the words "Great Successor". After the death of Kim Il Sung, founder of North Korea in 1994, Kim Jong-il, who came to power, chose Kim JONG-UN as his successor as his youngest son in September 2010 due to health problems. 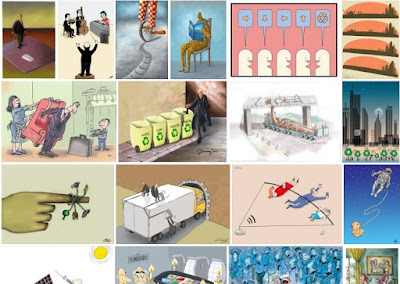 Topic of the Contest: "MANAGING TRANSFORMATION"
The 5th KalDer Bursa International Cartoon Contest ended. A total of 607 cartoons came from 262 artists from 43 countries to the "Managing Transformation" competition. It was a difficult subject. Caricaturists exhibit their mastery. The jury made the preliminary meeting and determined the caricatures left to the finals. 112 cartoons were in the finals.

The final caricatures will be published on facebook page between 22.01.2018 - 31.01.2018 for copy, similar, etc. objections. Contact us by bursa@kalder.org with the caricature numbers.
Thanks to all cartoonists. 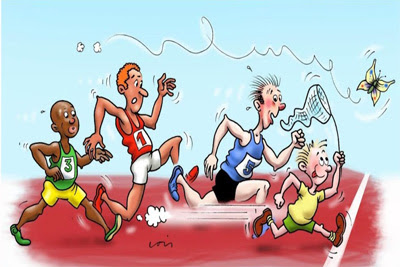 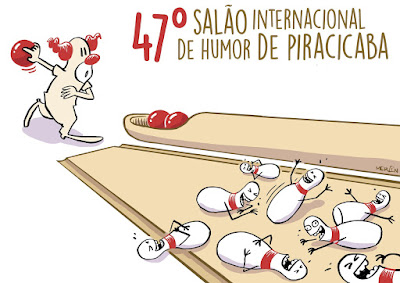 2 - Participation
a) Professional and amateur artists, Brazilians and foreigners can apply unpublished and authorship artworks that were not awarded until the closing date for entries.

b) The works - all categories - can be sent by MAlL or ELECTRONIC (applications over the Internet on the official website, in the format and 300 DPI, JPEG, attached Images at once).

c) The theme and technique are free.

d) Digital works must contain the signature of the author.

e) Humorous sculptures should come with the author's data. 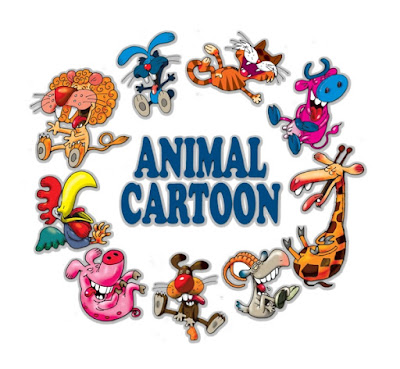 A. Participation
The contest is open to all cartoonists all over the world, over the age of 18, regardless of nationality, religion, gender and education.
B. Cartoon theme: Children &amp; animals
C. Entries - Send by e-mail on address:
info@animalcartoon.net .

Only the original cartoons (up to 5) in digital form send by e-mail will be accepted.
Digital works (A4, 250 dpi, JPEG or TIFF, the maximum length per one cartoon 3 MB)
with personal information (name, address, e-mail, a brief CV (.doc format) and photo) should be sent by e-mail.
Condensed file zip, rar, etc...WILL NOT BE ACCEPTED.
The cartoons must not be previously awarded. Arrived submissions that passed the pre-selection will be soonposted on the portal Animalcartoon. 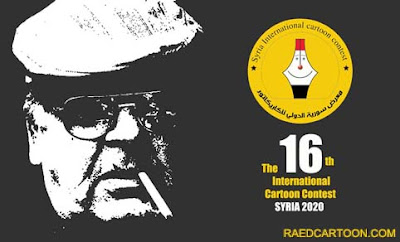 Regulations
Themes:
Cartoon Section: "Mask"
Caricature Section:SYRIAN Writer and Poet : Mohammad Almaghout (1934-  2006)
he has pioneer contributions to the history of the Syrian contemporary  poetry Movement as an immortal writer .

Note:
1- Each participant can send maximum 2 artworks
2- A cartoon must not have won an appraisal at previous competitions
3- Cartoons without words are not a requirement, but they have an advantage
A3, 200 dpi, JPG/JPEG and free techniques.

Prizes: Golden, Silver, Bronze and 5 Special Prizes.
Jury members will be considered as participants in the exhibition
and represent their own countries.
Their names will be automatically added to the List of Participants
(They will participate only in exhibition,
Not in contest (just honorary participation).
Cartoons can be used for any promotion purposes
(Printing, websites, Newspapers, posters, invitation cards....etc)
without the permission of the artist and without any payment.

Cartoons must be sen… 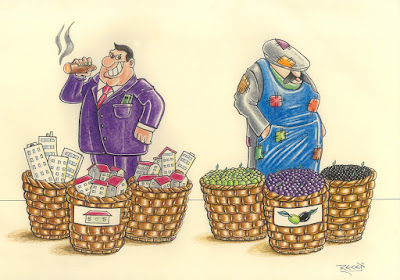 Kyrenia Municipality will provide travel and boarding expenses for three prize winners as stated in the terms and conditions of the contest. The prize – winning cartoonist must respond to the prize ceremony invitation within 10 days. The responses outside of 10 days are not considered. ⬤
---------------
Rules &gt;&gt;